Skip to main content
Free shipping for orders over $150

We may have bourbon on the brain, but first things first, always sip responsibly. Now that we got that out of the way, on to the good stuff. September just might be our favorite month with the kick-off of upland hunting season and the celebration of National Bourbon Heritage Month. It’s only appropriate that we celebrate this special month with our favorite cocktails curated by our friends at Blade and Bow. Say what you will about some of these national holidays, bourbon is an all-American beverage culturally, economically, and socially.

A Brief History of Whiskey

The origin of this medieval drink can be traced back to 15th century Ireland and Scotland as the art of distillation spread throughout Europe. At the time, spirit alcohol was used primarily for medicinal purposes. It wasn’t until the 17th century where the first evidence of whisky production was documented. This wasn’t your average whisky. The distillation process was still in its infancy and the aging process was yet to take place resulting in a very strong and raw taste compared to today’s much smoother and tastier drink.

The history of American Whiskey is as rich as its taste, dating back to the late 18th century to spark courage in the first colonists. It is rumored that English colonist George Thorpe filtered the first known batch of corn whiskey in Virginia, but some aficionados believe it was corn beer, not whiskey. By 1870 the whiskey trade was in full swing across America with our founding fathers holding liquor licenses. George Washington owned and operated the largest distillery in Virginia in the nation’s early history. 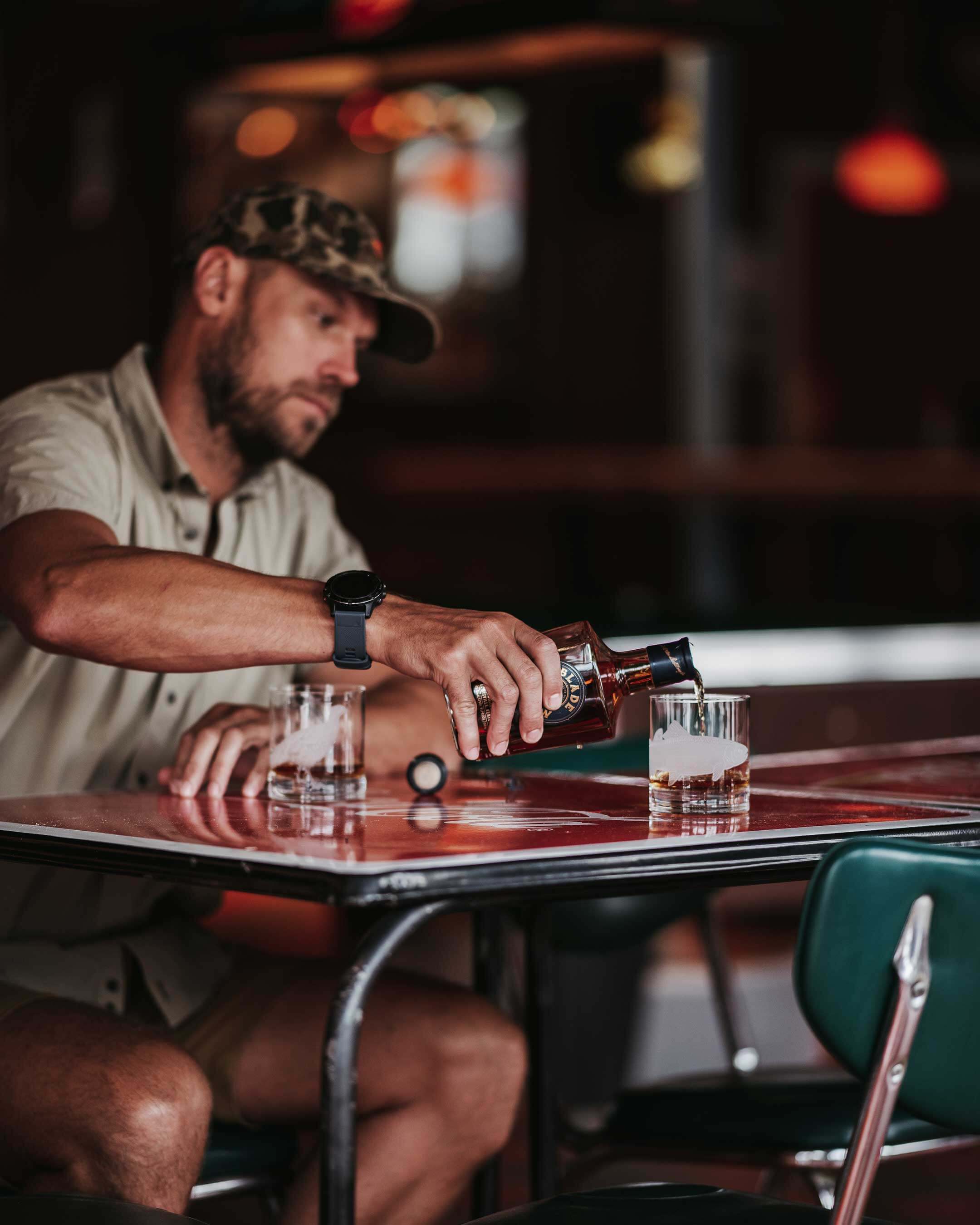 There’s a lot of speculation as to who was the first whiskey man. Truth is, nobody really knows the answer, but there are a handful of men who pioneered the tradition of American whiskey and created an industry.

Pioneers of American Whiskey before the 1800's 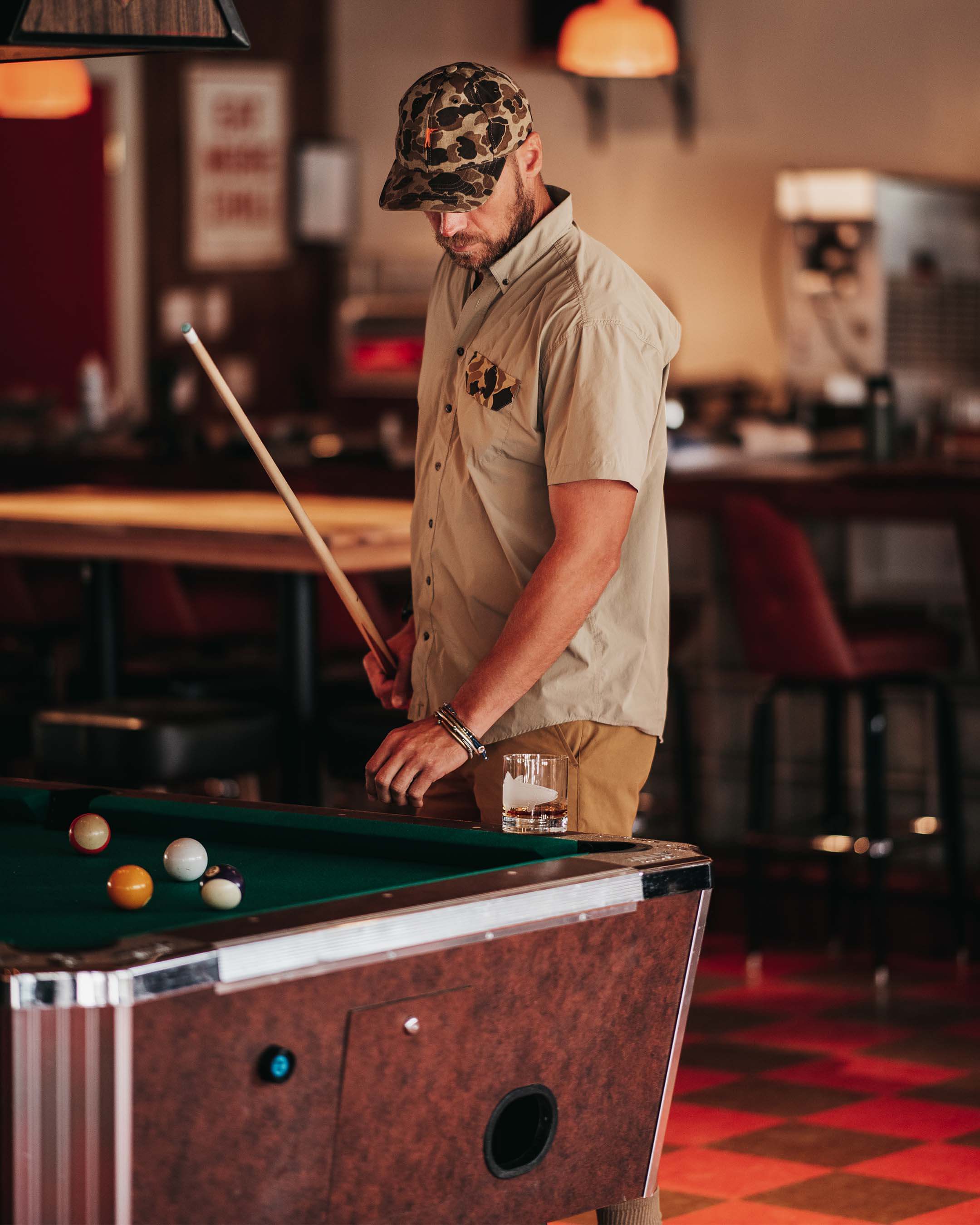 “Bourbon is always whiskey, but whiskey is not always bourbon.”

Even though America’s distilling heritage started before the nation was founded, bourbon was declared as a unique product of the United States in an act of Congress in 1964. Federal law states that bourbon must be produced in the United States, contain at least 51% corn, and mature in freshly charred oak barrels for at least two years.

Bourbon was declared a product of the United States by Congress in 1964, stating that bourbon must be produced in the United States, it must contain 51% corn, and mature in a freshly charred American oak barrels for at least two years. In 2007, a resolution was passed by the U.S. Senate declaring September as National Bourbon Heritage Month to appreciate the history and craftsmanship of the bourbon industry.

1. Bourbon must be made in the United States.
2. Bourbon must be aged in charred, new-oak barrels.
3. Bourbon must consist of at least 51% corn.
4. Whiskey cannot enter the barrel higher than 125 proof.
5. No added ingredients except water to adjust the proof. 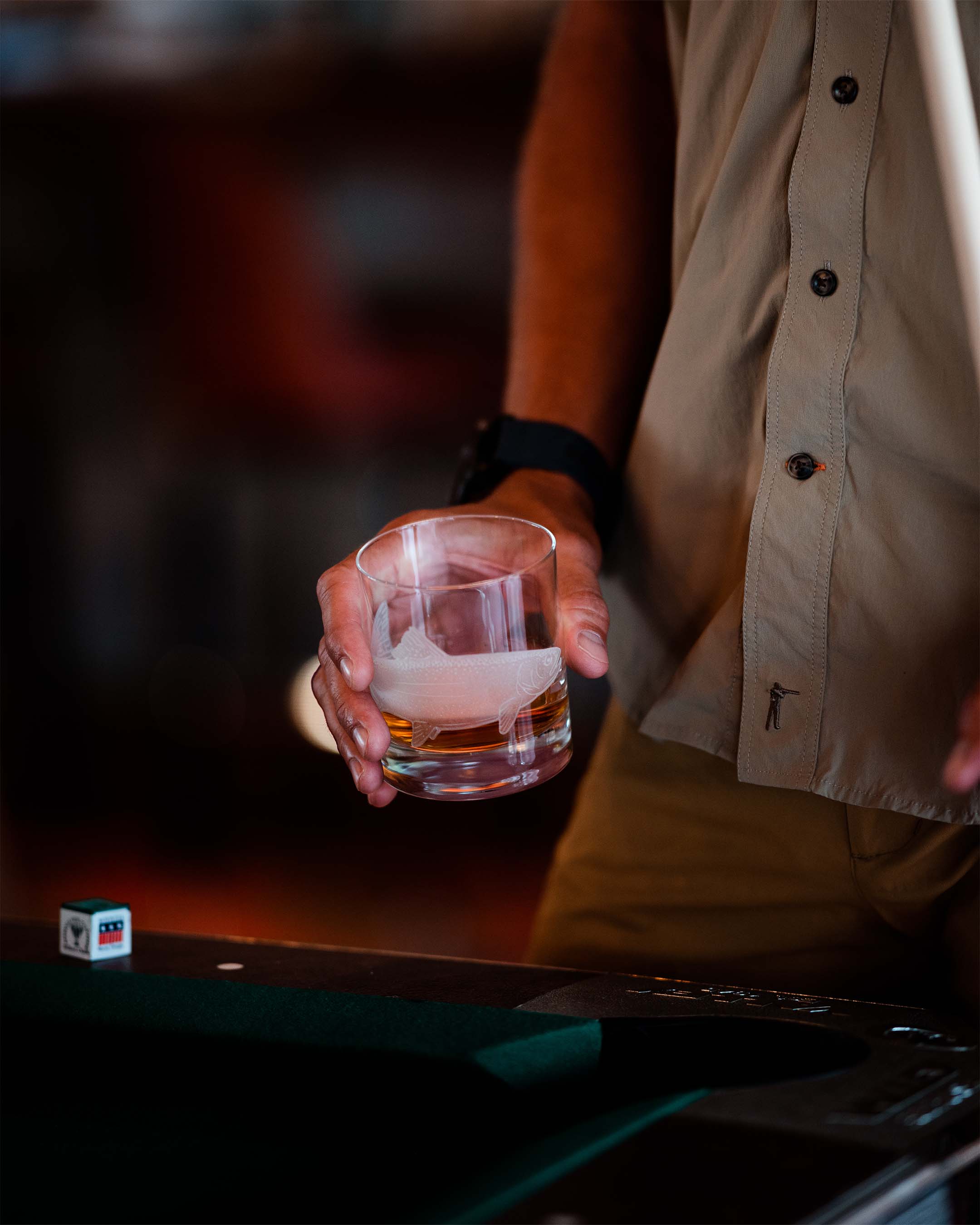 There's only one way to properly celebrate Bourbon Heritage Month, and that's with a proper Kentucky Straight Whiskey cocktail. Blade and Bow uses a unique Solera System aging process to preserve some of the distillery’s oldest whiskey stocks, including some of the last bourbon produced there before it closed in 1992.

The solera liquid is mingled with other fine whiskies aged and bottled at Stitzel-Weller. Aged in new charred American white oak barrels, this bourbon has a subtle aroma of fresh fruit and a taste that includes hints of dried apricot, ripe pear, and a sweet roasted grain. The finish has notes of charred oak and warm winter spices.

Blade and Bow is an excellent bourbon to whip up our favorite fall cocktails. You'll want to save these recipes because they are just that good. 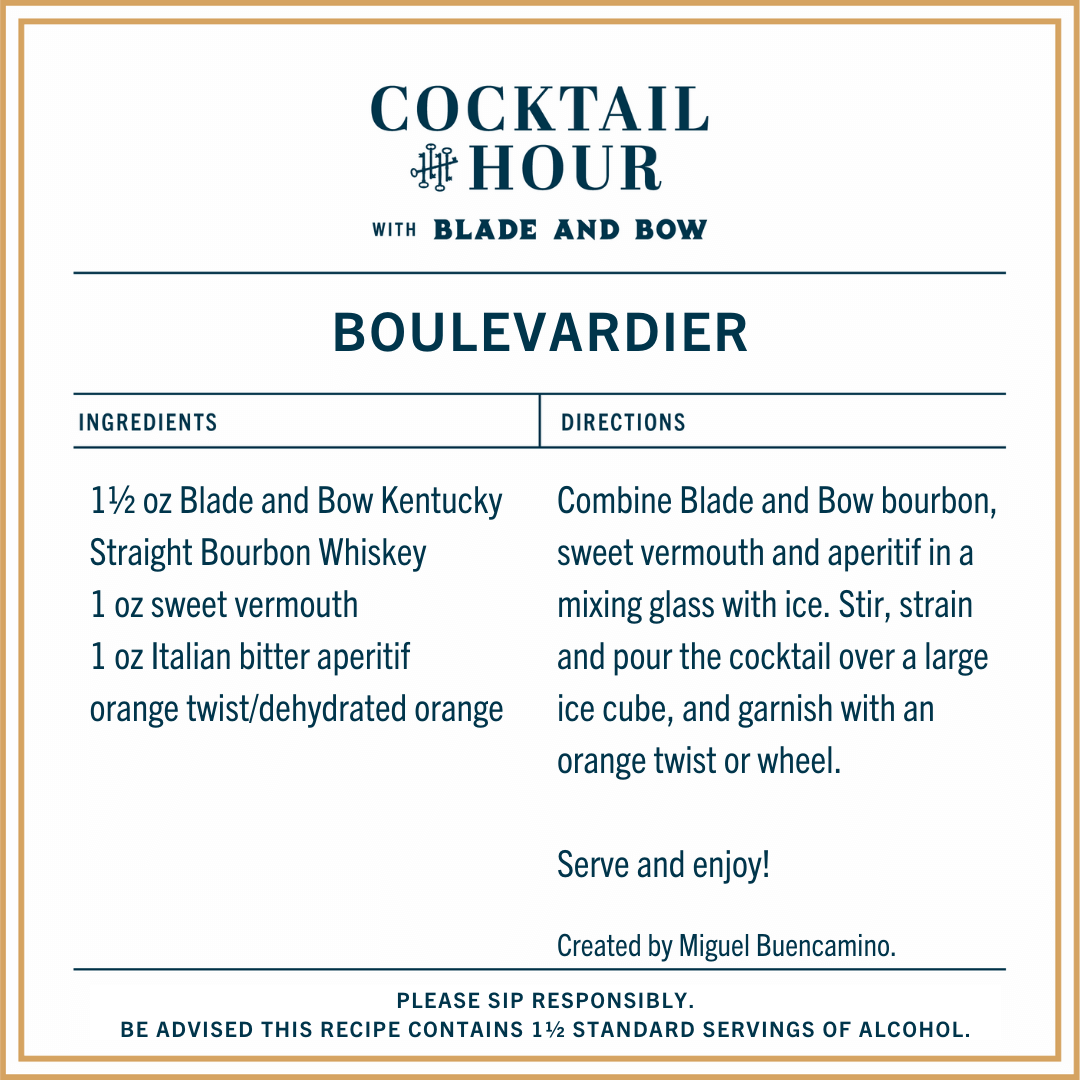 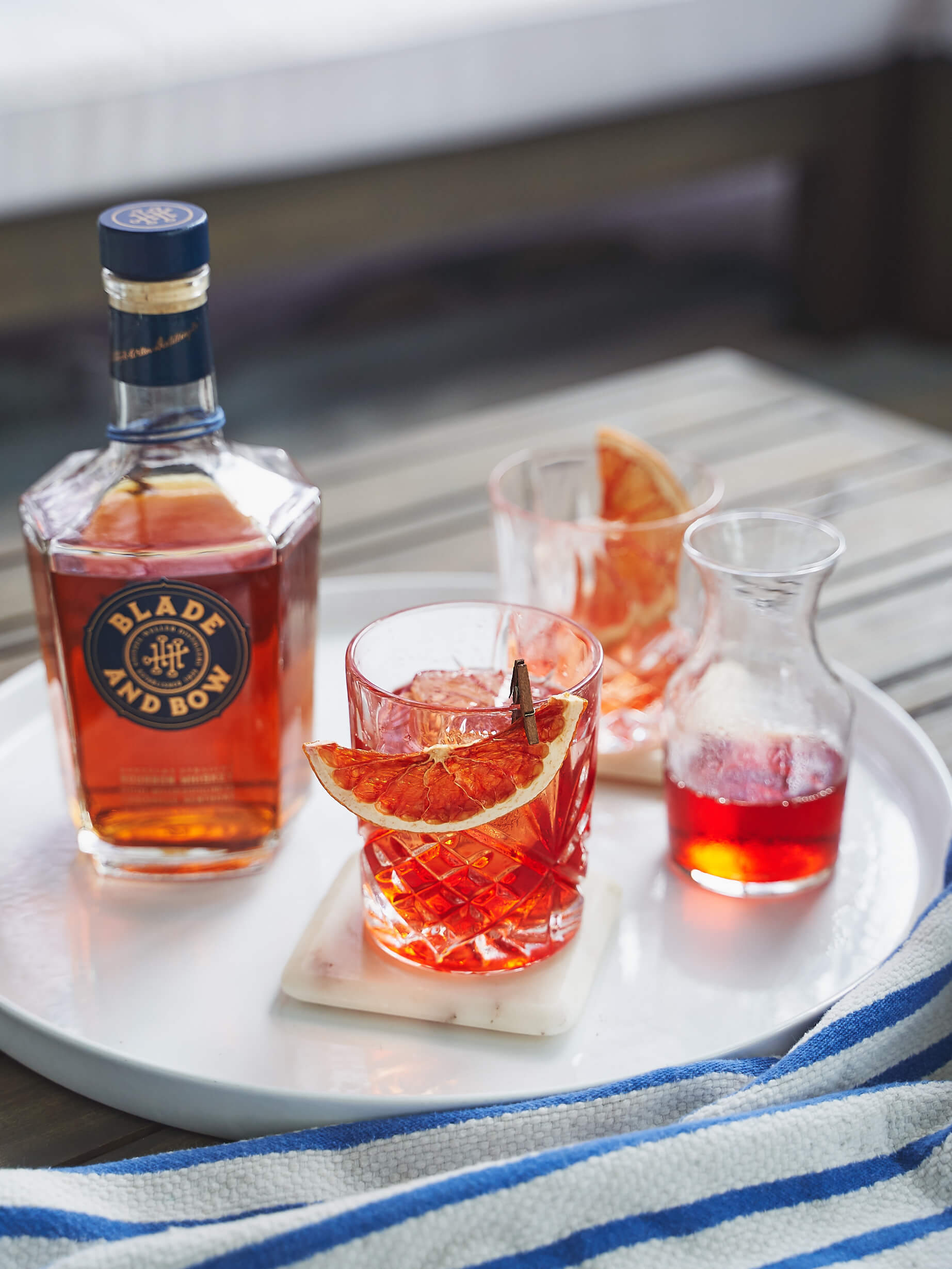 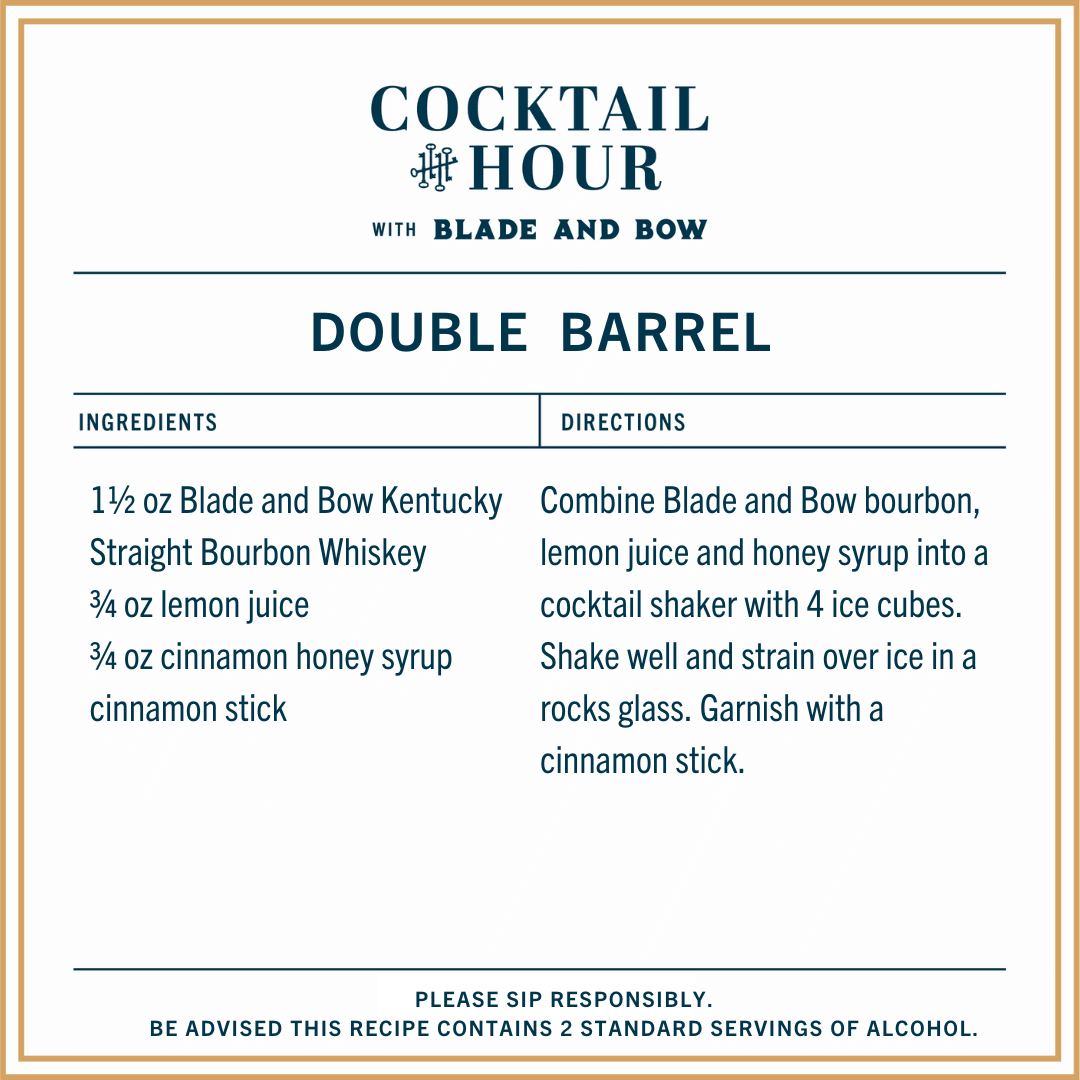 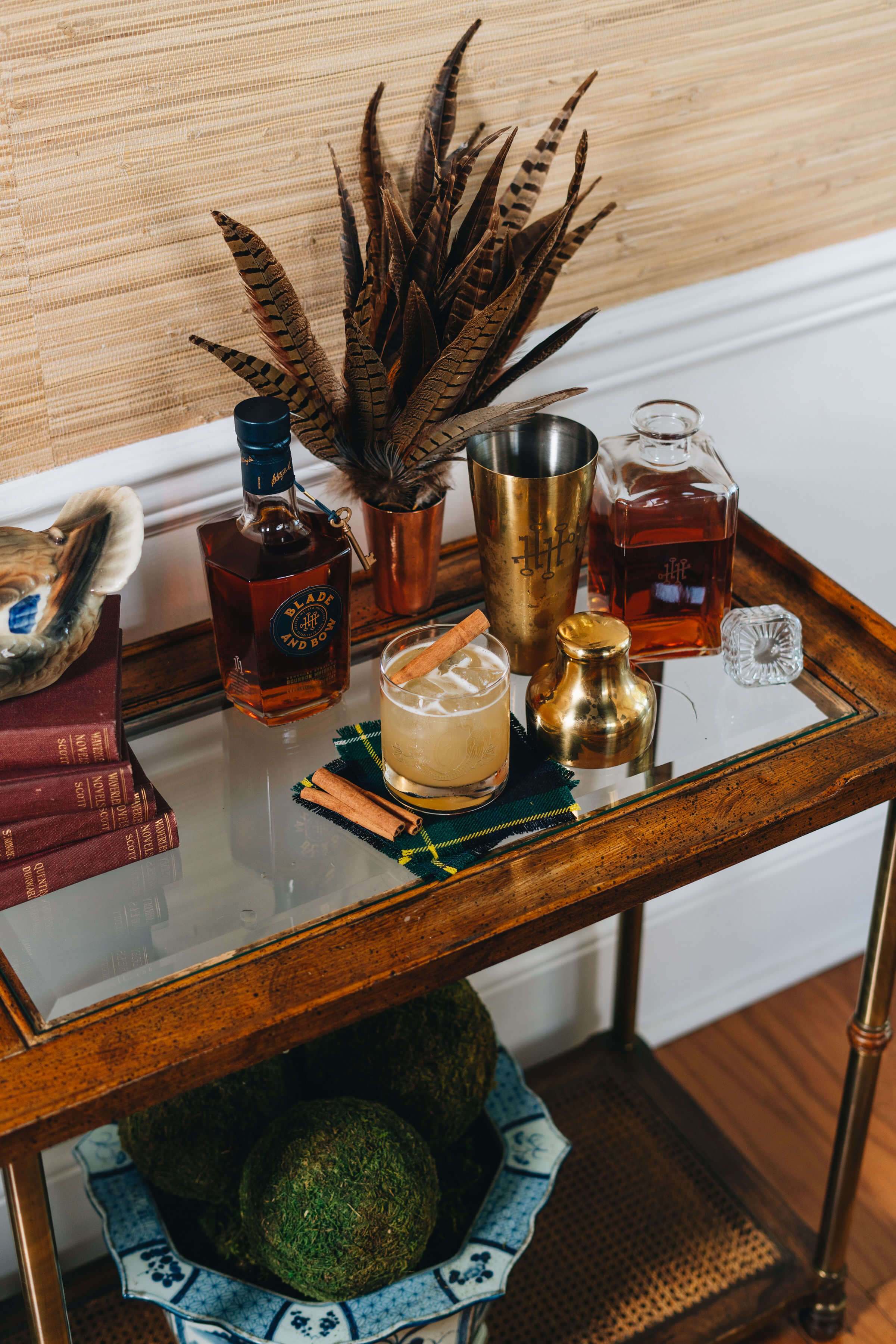 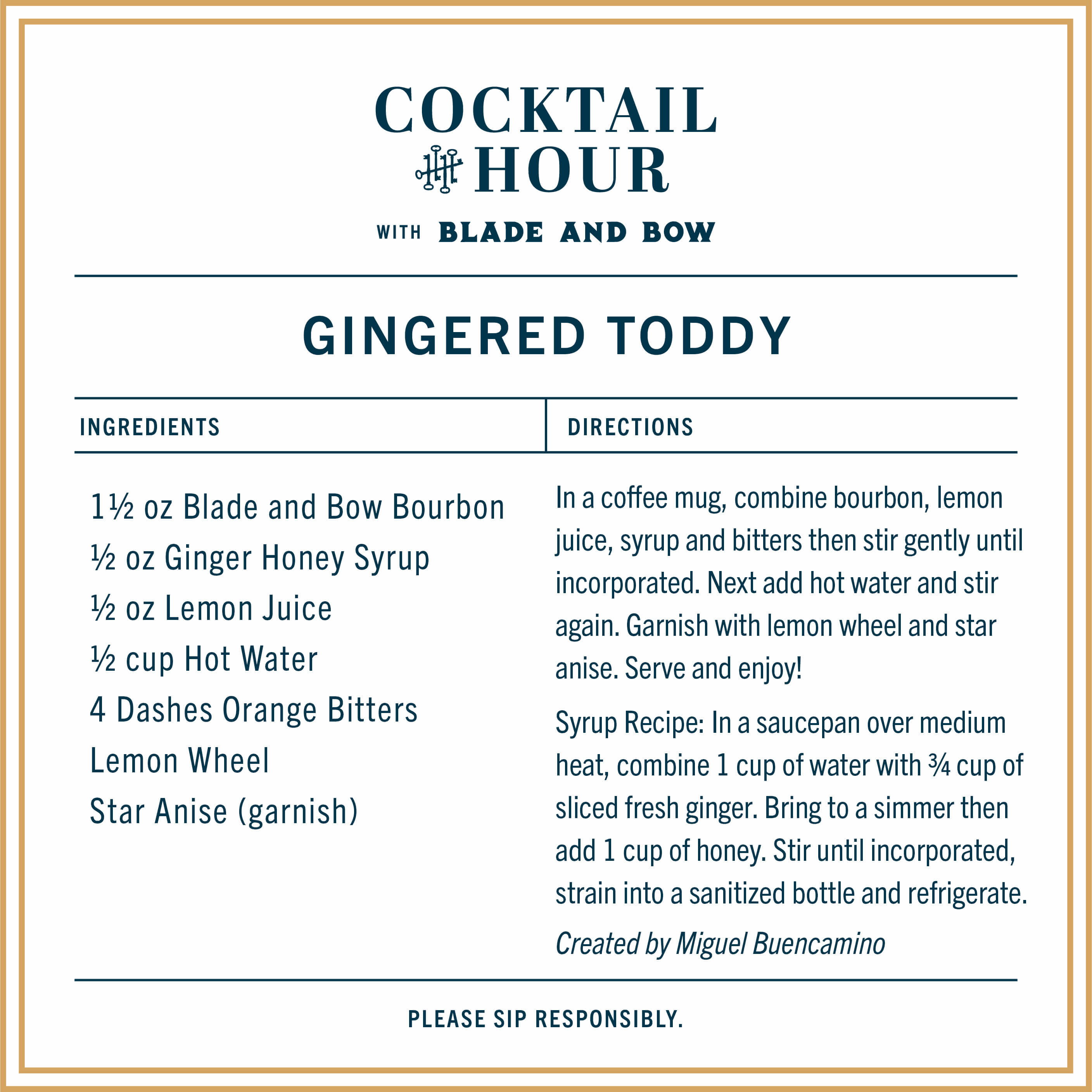 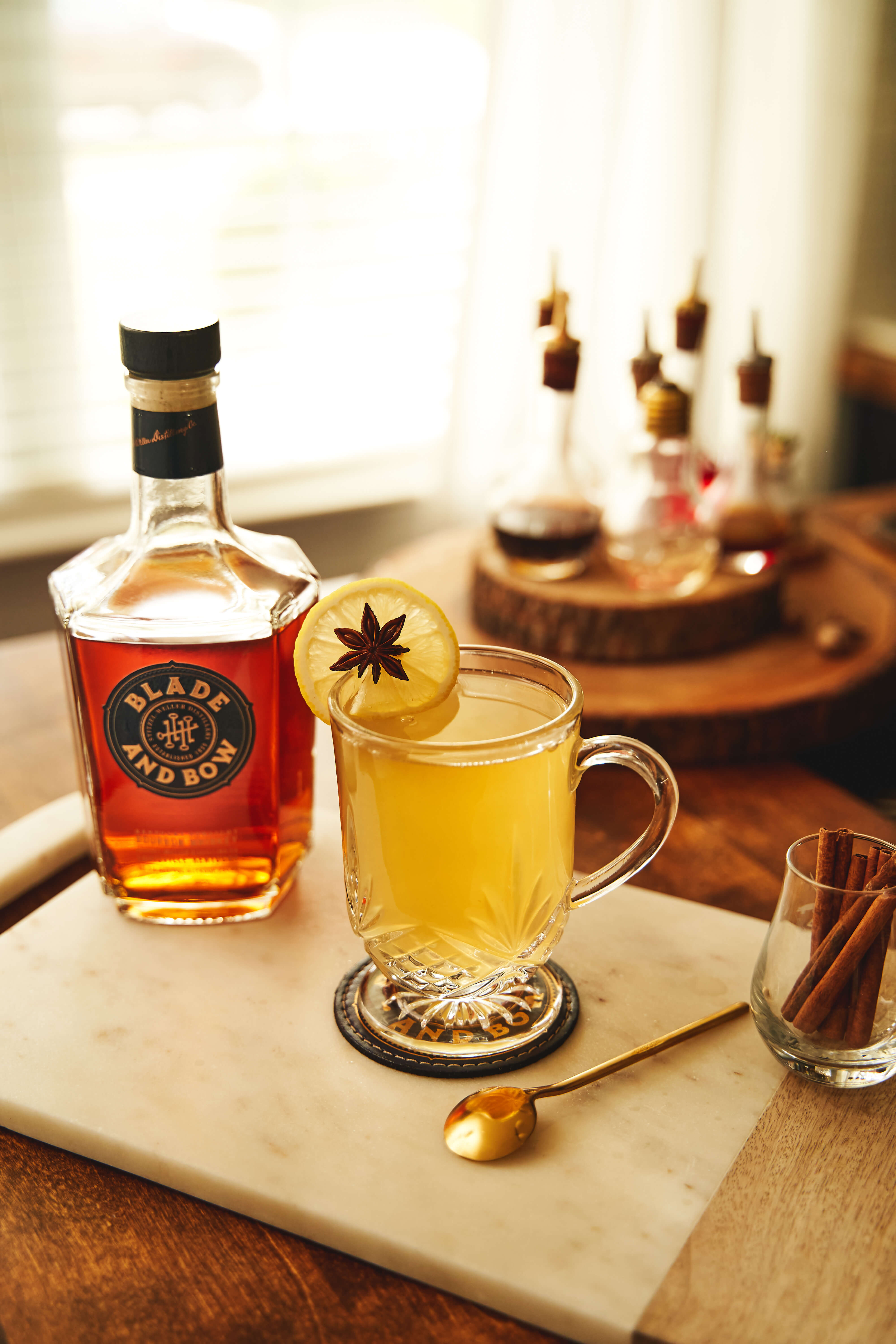 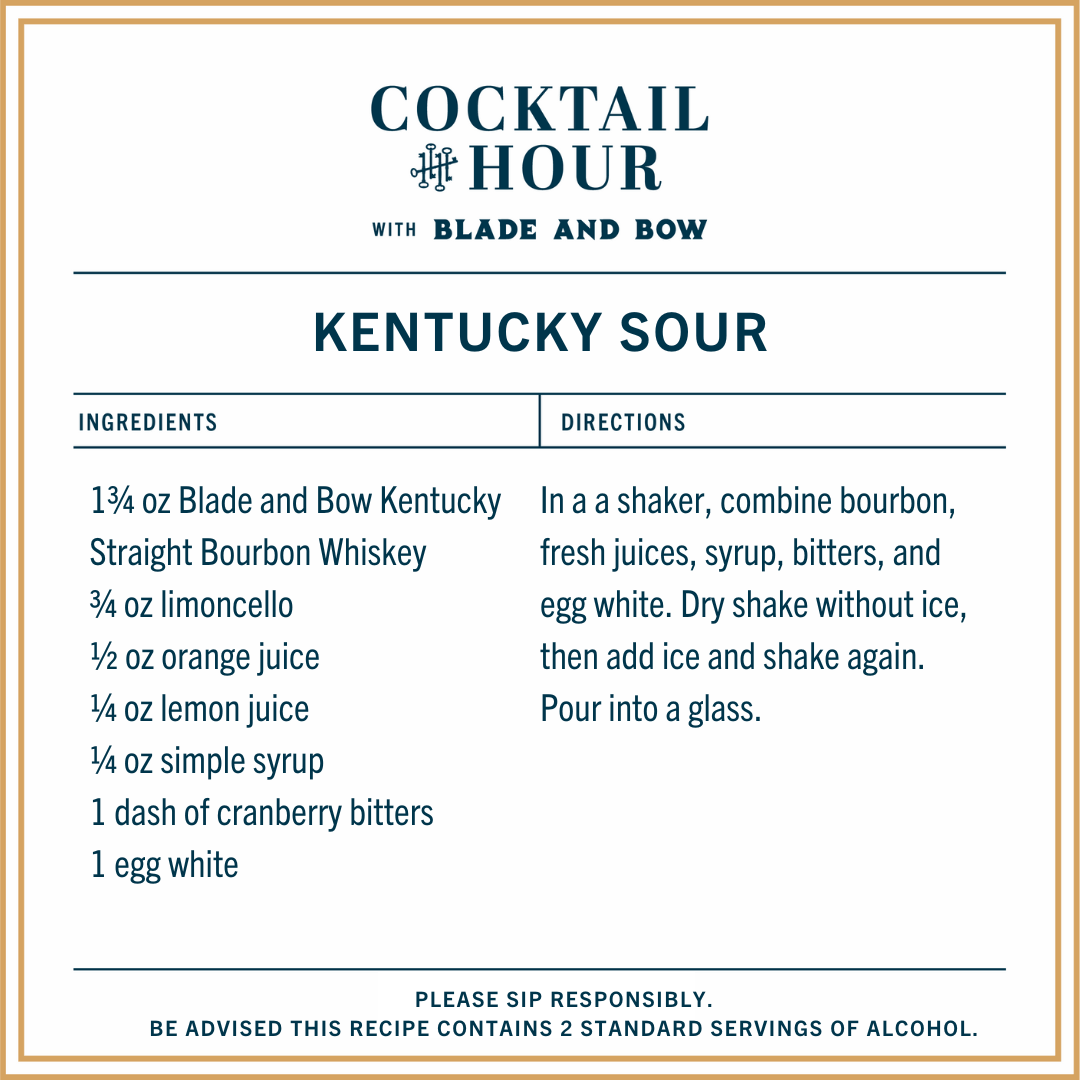 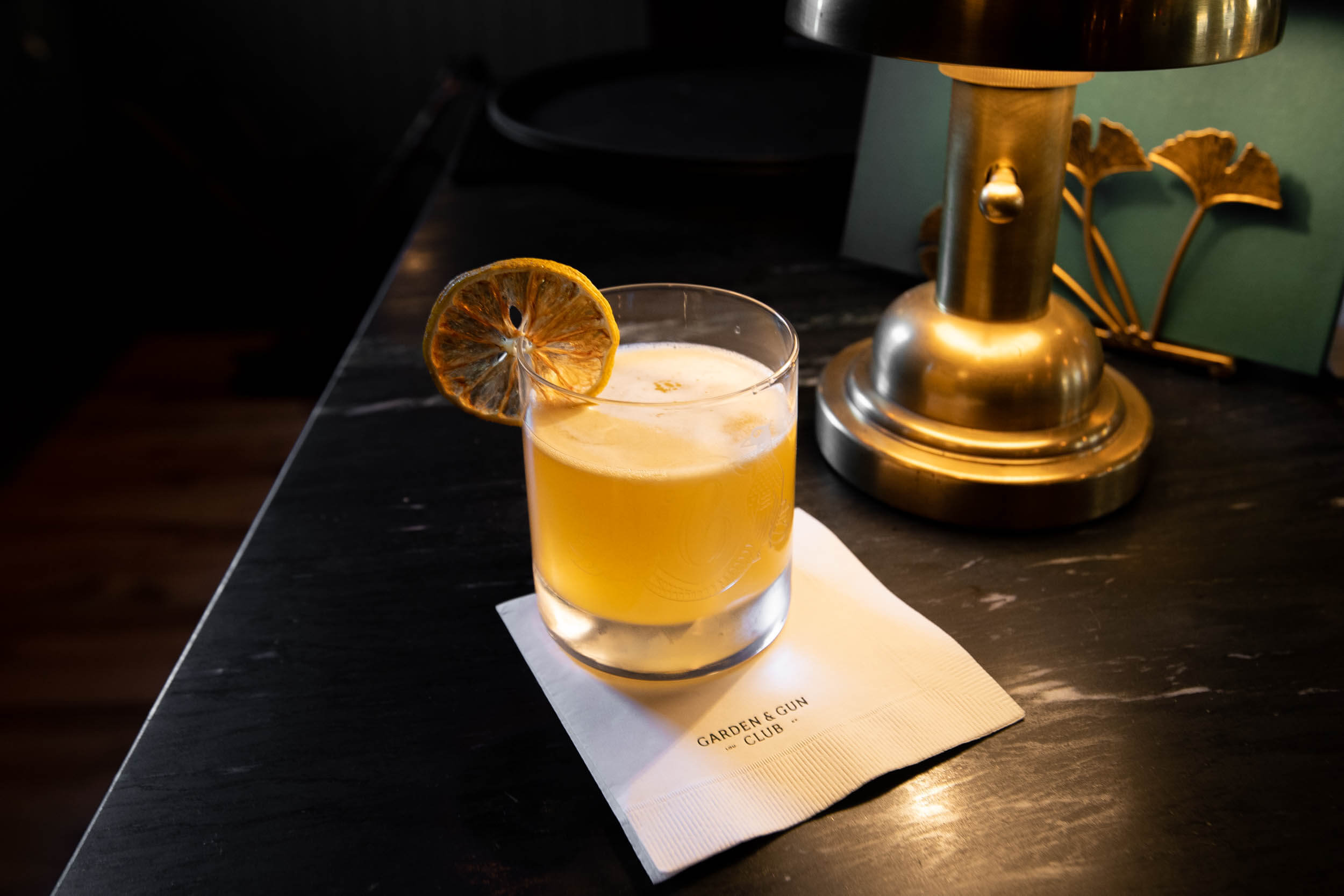 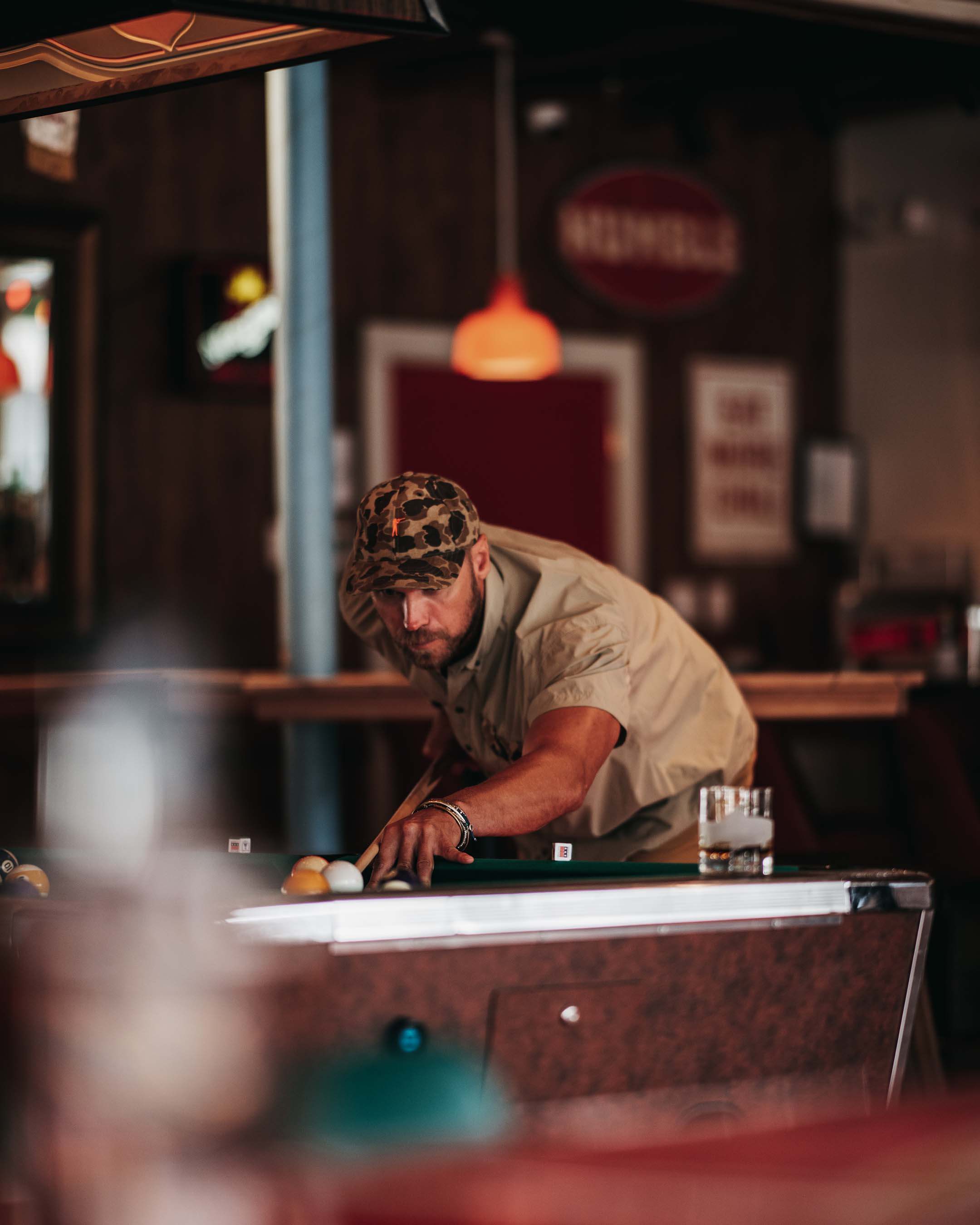 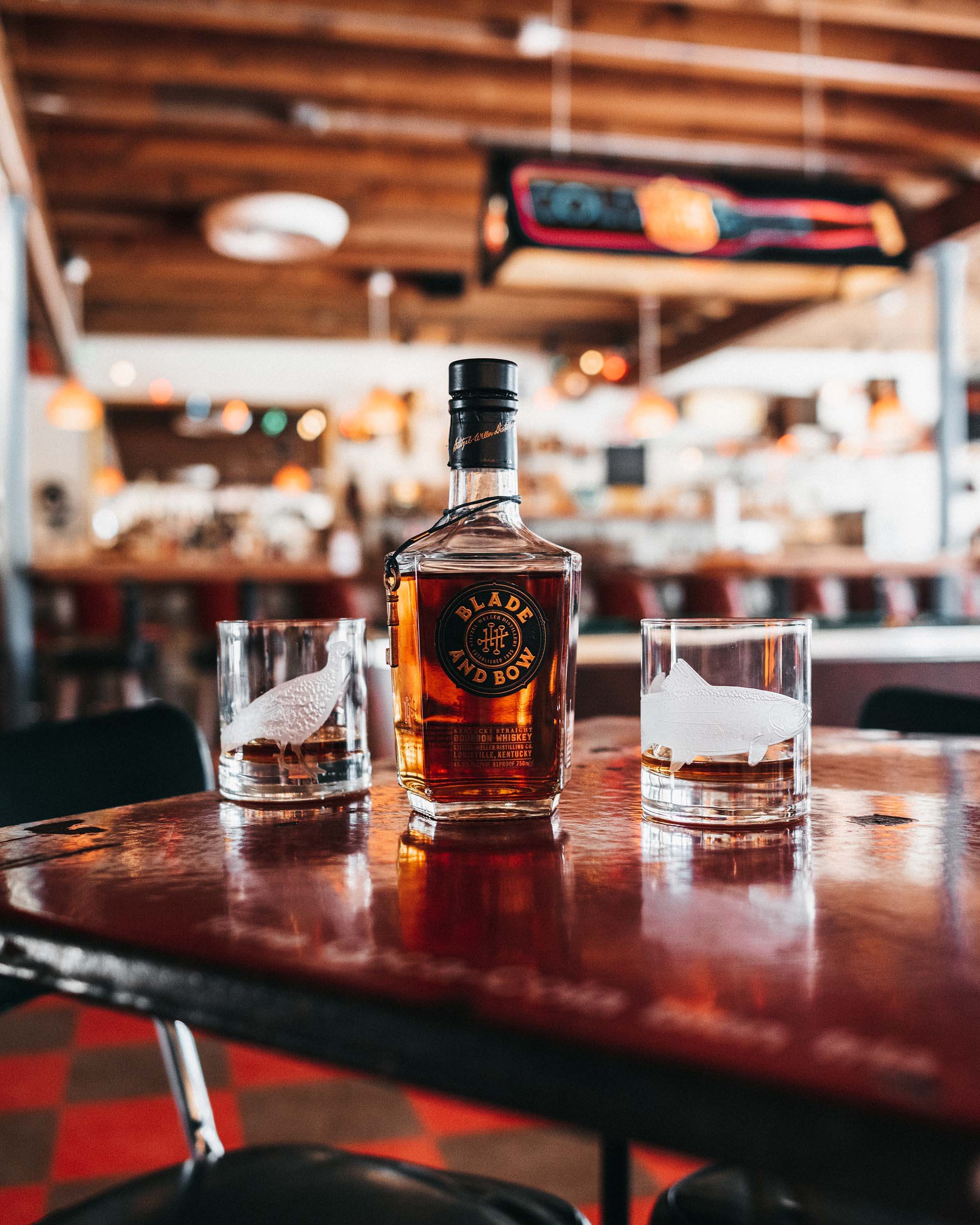 Mix up one of these classic cocktails and have a toast to American Bourbon Heritage this month and every month. Find Blade and Bow Kentucky Straight Bourbon Whiskey here.

Free shipping for orders over $150